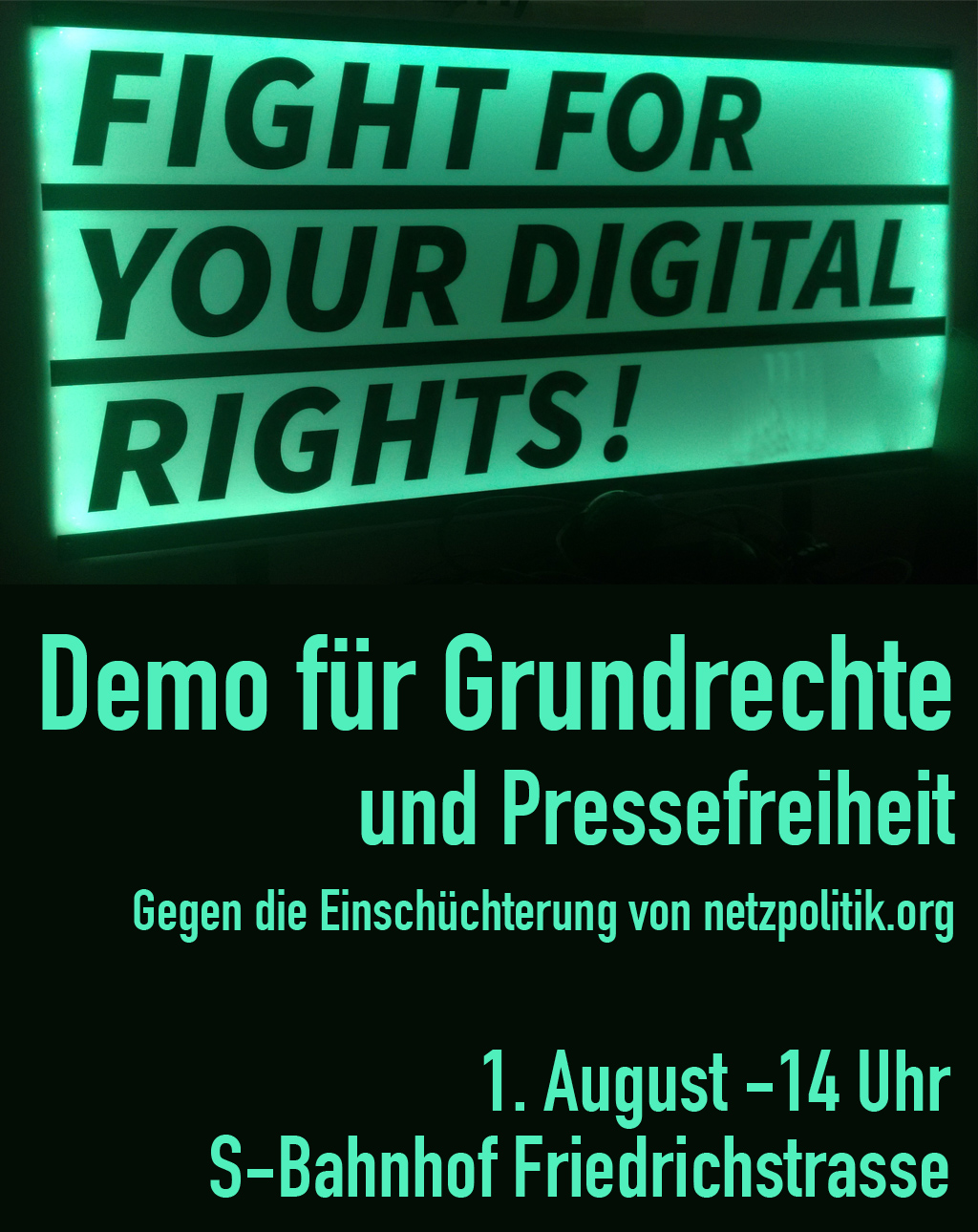 Some folks from the Interwebs created some more campaign material: 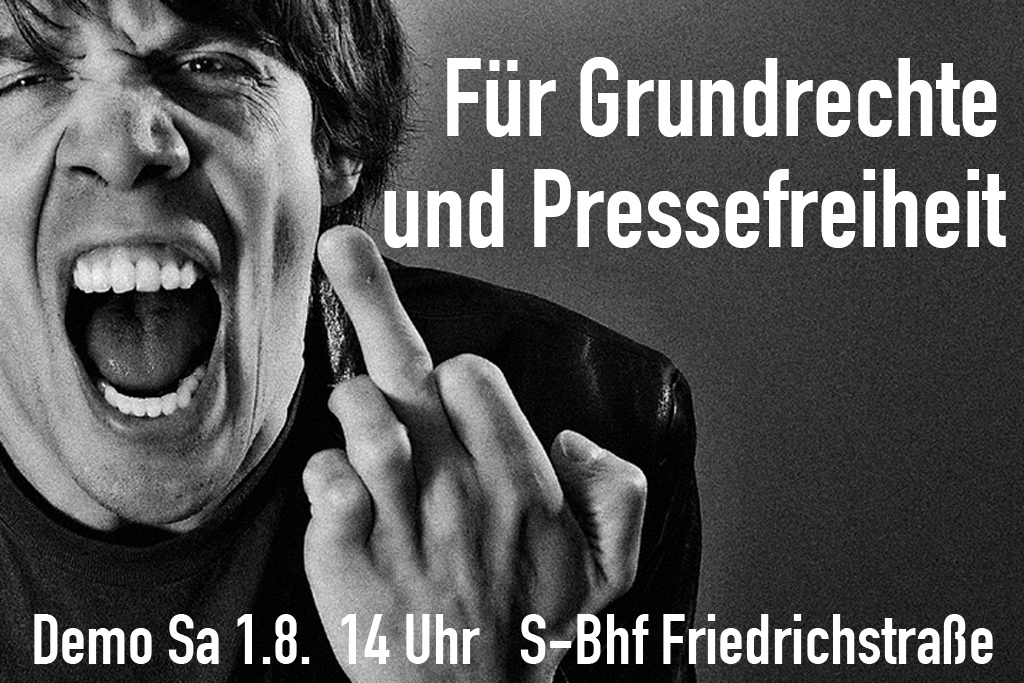 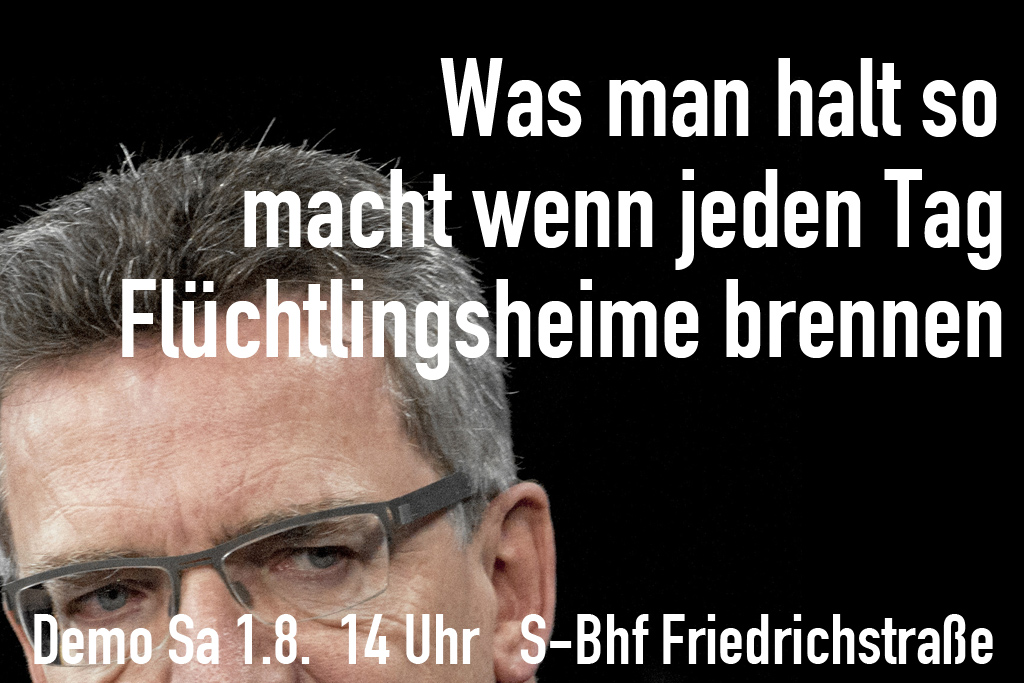 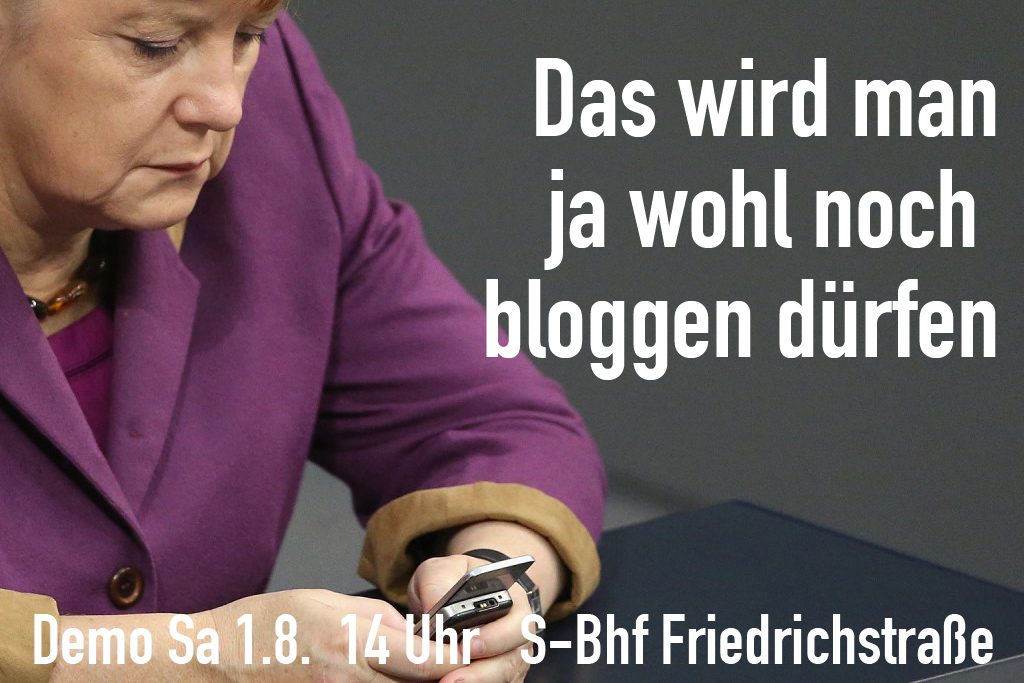 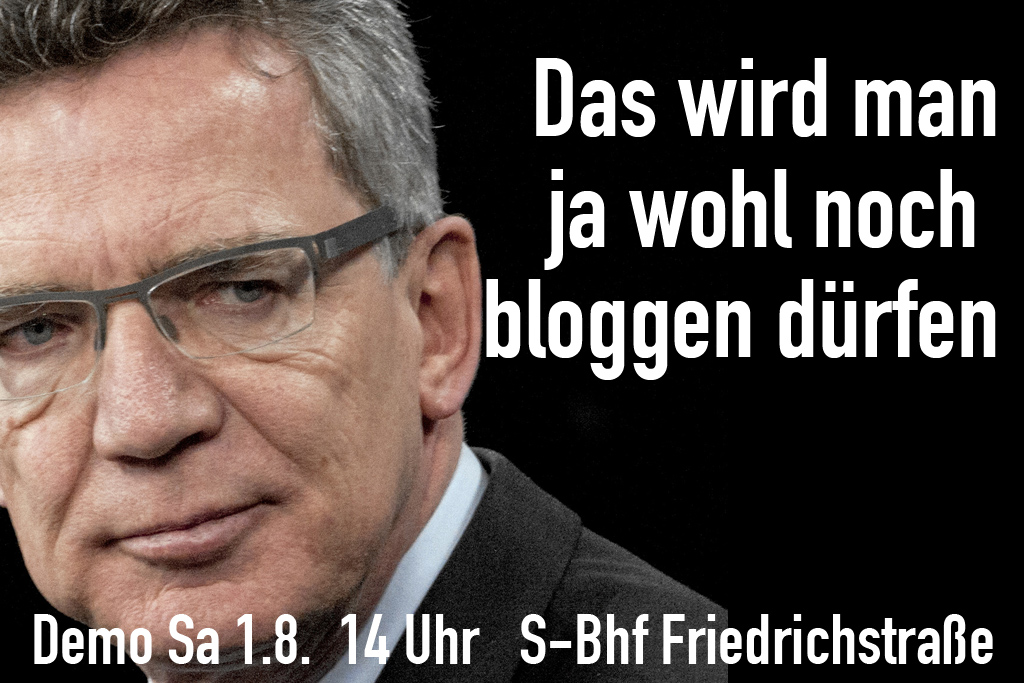 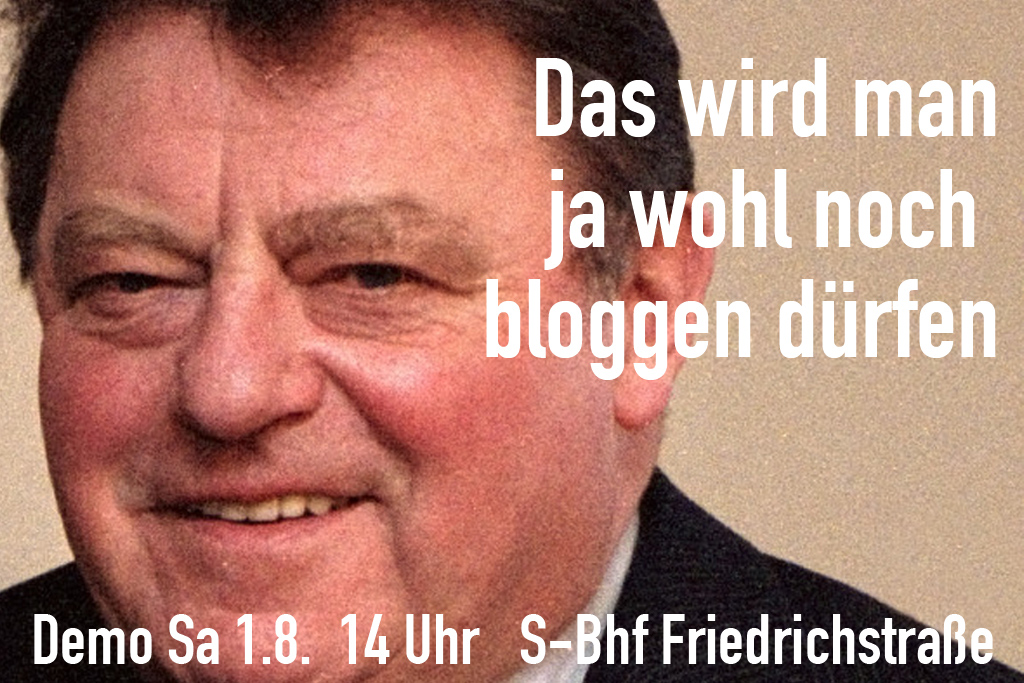 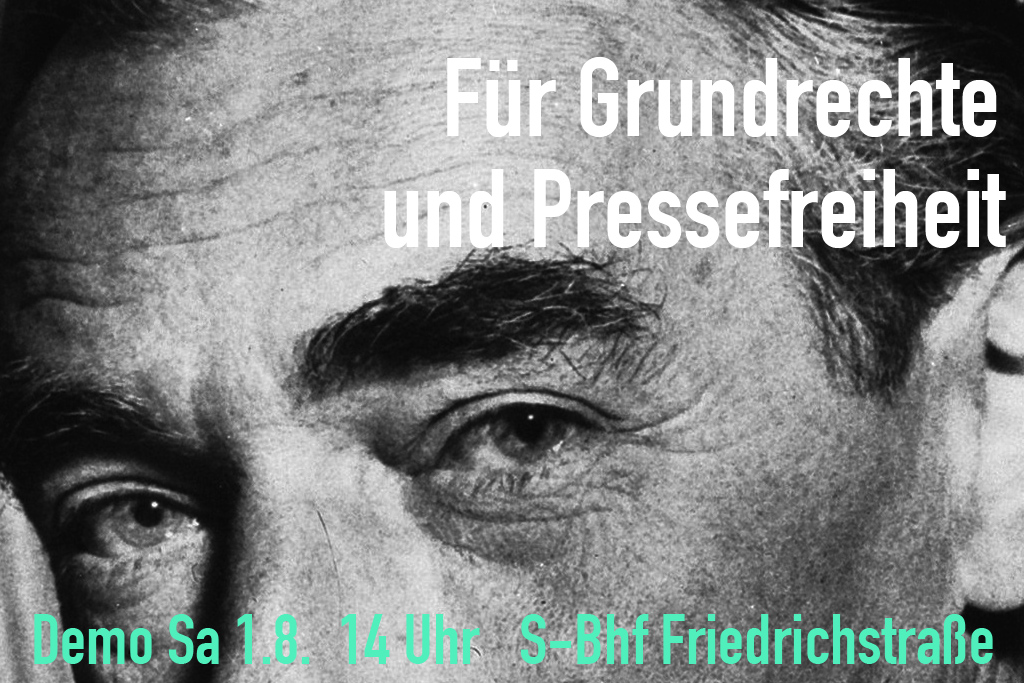 Demo on 1st August: For Fundamental Rights and Press Freedom – against the intimidation of netzpolitik.org and its sources

The investigations of the Federal General Attorney against the journalists Andre Meister und Markus Beckedahl are not only an attack on the critical reporting of netzpolitik.org. They are an attack on press freedom in general and a try to intimidate all journalists and whistleblowers. For good reasons, the fundamental right to press freedom was always ranked higher than the interest of the state in keeping things secret.

Investigations because of suspicion of treason turn free reporting into an unbearable risk for journalists and for the media they are writing for. This is devastating for democracy. Because in a democracy press has to be able to exercise their rights freely and without limitations.

This is especially true at a time when mass surveillance is expanded while civil rights are being dismantled. In a time when oversight of secret services is literally non-existing.

We demand the investigation against netzpolitik.org and its sources to be stopped now!
We demand press freedom, the expansion of civil rights and more democracy!

We will walk from the S-Bahn train station Friedrichstrasse to the Ministry of Justice at Mohrenstrasse, near Gendarmenmarkt. 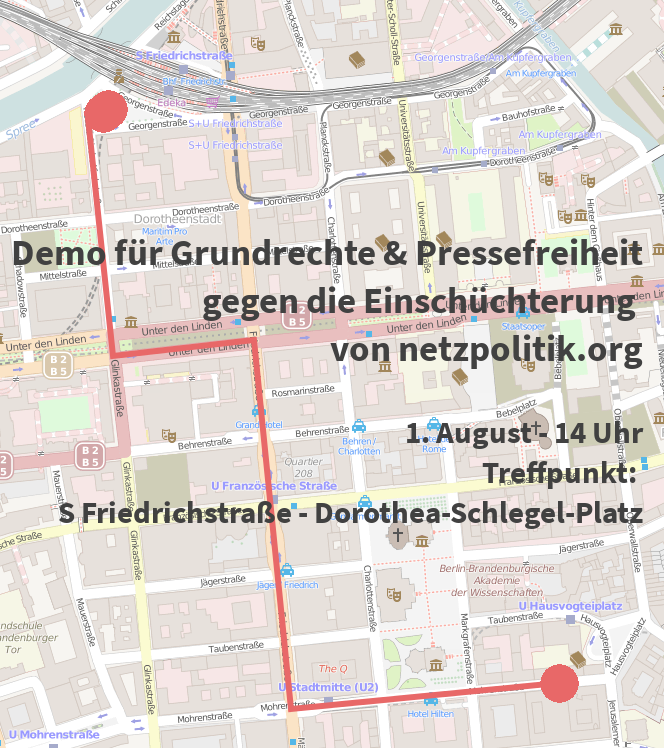